During summer, the open air museum comes alive as actors and animals move into farms and other historical areas. Every day, visitors are invited to participate in a number of exiting activities. Once you enter Jamtli Historieland, anything can happen!

A few steps could take you between the 18th, 19th and 20th century, and the people you meet might come from eras others than ours. Role-playing is used to show how people lived and worked, how they cooked, looked after their animals or ran business.

Every day during the Historyland-season, a guided walk through history (in English) with role-playing actors departs from the Market Square at Jamtli at 14:00.

Here, the whole family can take part in the living history entertainment among real, live people from the 18th and 19th centuries. Join the actors at farms from different periods - take a ride on the hay carriage, take part in timber floating or be a maid or a farmhand for a day. You will soon find Jamtli Historyland full of fun and activity. Inside, you can take a slide down into the belly of the Storsjö monster to the underground exhibition halls. See the Storsjö monster exhibition, visit a stone age settlement, and join the Sami following their reindeer. If you are really brave, take a look into the wolf´s lair. The museum´s most famous attraction is the 1,000-year old Överhogdal tapestry. It is the oldest tapestry of its kind in Europe, it has been fully preserved and has, according to some interpretations, its roots in Old Norse mythology. 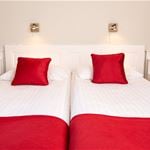 Distance: 985 meters
Hotel Emma is located on the pedestrian street, in the middle of town. Charming and personal in the heart of town. Breakfast with Jämtland food craft. We work to give our guests a personalized service, home-made comfort and comfort at a reasonable price.
Book 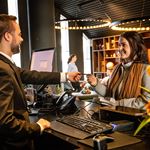 Distance: 792 meters
Perfect location in the heart of Östersund. Warm and welcoming meeting place with passionate staff and service in focus.
Book 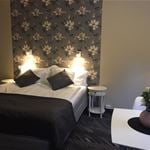 Distance: 1 km
Hotell Zäta is situated in the centre of Östersund. From us you have a walking distance to a lot of what Östersund has to offer, like shops, restaurants, pubs and much more. You are also close to the railway station and the bus to the airport. If you have a car you can park in a garage and take the lift up to the reception.
Book
Build: 2/21/2020 8:00:30 PM, Host: online3core17, DB: o3.cbguide-4063.cbischannel-135.v1 online3data03.db.citybreak.com:8080, Controller: Activity, Action: showdetails